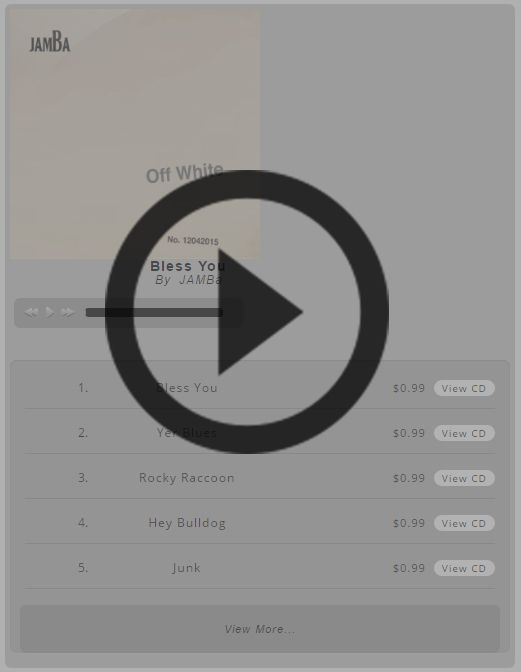 FEATURED ALBUM: OFF WHITE by JAMBa

JAMBa began in 2010 as a collaboration of studio musicians, headed by John Anter and Marty Ballou. Their first album, “If You Need Me” featured the world’s most recorded drummer, Bernard Purdie. Bernard’s credentials are too numerous to list but we’ve mentioned a few below.

For the OFF WHITE project (our salute to The BEATLES), we recruited studio veterans Bruce Bartlett, Sonny Barbato, Dave Zinno, Joe Klimek and, once again, Bernard Purdie.

Enter name & Email Address deal is on the way: